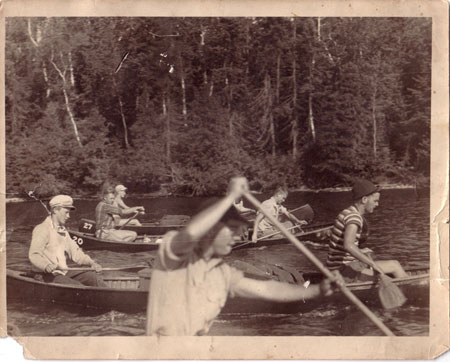 Camp Temagami for boys was founded in 1903 by A.L. Cochrane on islands in the South Arm of Lake Temagami. After six decades under the Cochrane family, camp ownership moved to Doug Gardner in 1959. In the 1960s, the camp focused intensely on the canoe-tripping program, expanding its range and developing fine guides still active in Temagami canoeing circles. The final season of camping was 1972.

Our current site at the top of the Southwest Arm has been a canoe-tripping camp since 1930 when Homer and Eva Grafton of Cleveland, Ohio, began Camp Wigwasati (a name still seen on some maps). For a period in the early 1960s, a sister camp for girls operated on a nearby island. In 1967, the Graftons sold the camp to two teachers from Maryland, Powell Wrightson and Bud Harvison. Two key Wigwasati staff of this era were Gordon Deeks, a former senior staff at Camp Temagami in the 1960s, and Jim Tatman, a teacher from Bexley, Ohio. 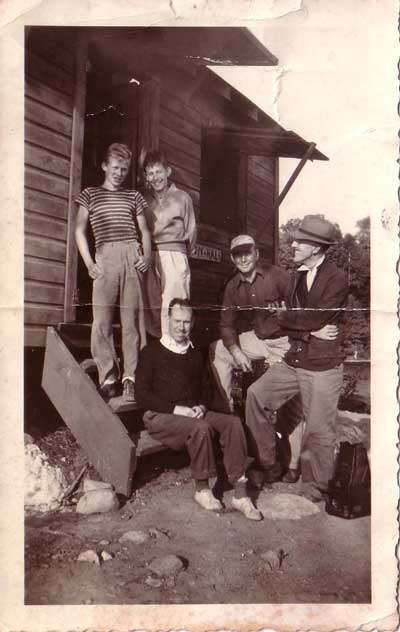 In 1975, Gord formed his own camp under the name Pays d’en Haut, and brought in Jim as a partner in 1977. In 1979, they took over the Wigwasati site. Pays d’en Haut ran for over twenty years, and in the late 1990s, two former staff, Scott Northey and Graham Donald, took over. In 2000, extensive investment was begun to upgrade the camp facilities and rejuvenate the tripping equipment, and an exciting period of renewal commenced.

Additional members of the ownership team joined in these first few years of reinvigoration–Andy MacMillan (another Pays d’en Haut guide) and his wife Nadine, and Hugh Stewart. Hugh was on staff with Gord Deeks at Camp Temagami in the 1960s and has been building canoes on original Chestnut forms since the late 1980s. Hugh took on the responsibility of building and maintaining our fleet of wood-canvas canoes. 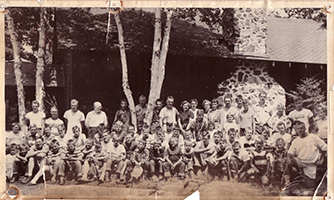 Our camp was officially renamed Camp Temagami under legal trademark in 2003. We cherish our historical links to the earlier camps. We receive frequent inquiries from former campers and staff of Camp Wigwasati, Camp Temagami, and Pays d’en Haut and we are heartened by the fact that our staff includes children and grandchildren of former owners, guides, and campers from all three camps.